Thousands of people have filed lawsuits against Monsanto, the maker of Roundup, claiming the weed killer causes cancer. And juries in some cases have returned massive verdicts of $2 billion, $289 million and $80 million against Bayer AG, which owns Monsanto. The Monsanto Roundup lawsuit claims the company failed to warn users of the increased risk of developing non-Hodgkin lymphoma and other forms of cancer.

Attorneys won the largest and most recent Roundup verdict in May 2019 for a California couple who claimed their non-Hodgkin’s lymphoma cancer was caused by using Roundup between 1975 and 2011. The German drug and chemicals company Bayer AG now faces more than 13,400 lawsuits across the United States involving Roundup, whose active ingredient is glyphosate. Roundup is manufactured by Monsanto, which was bought by Bayer in 2018 in a $63 billion deal. Bayer has since been caught up in litigation over claims the weed killer causes cancer. The company insists it is not a carcinogen, but juries have disagreed.

In March 2019, just two months before the more than $2 billion verdict, a jury awarded $80 million to a California man who said he got non-Hodgkin’s lymphoma from using Roundup. The previous August, attorneys won another large verdict from a California jury that awarded $289 million to a former groundskeeper who blamed his terminal cancer on Monsanto’s Roundup, though the verdict was reduced by the judge in the case to $78.5 million. Many people in the U.S. have likely been exposed to Roundup one way or another. Those who are at risk for developing cancer from glyphosate exposure include:

Scovern Law is seeking compensation for individuals who have experienced significant exposure to Roundup, and have been diagnosed with a form of B cell or T Cell non-Hodgkin’s Lymphoma, including its many subtypes such as follicular lymphoma, chronic lymphocytic leukemia, mantle cell lymphoma, diffuse large B-cell lymphoma, and hairy cell leukemia.

If you or a loved one suffered cancer potentially related to the use of Monsanto Roundup, you may have grounds for a lawsuit. For a free attorney evaluation of a possible cancer involving Roundup, contact Scovern Law 1.888.725.1890. 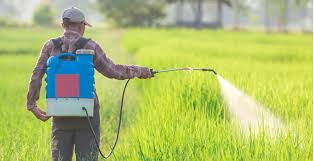